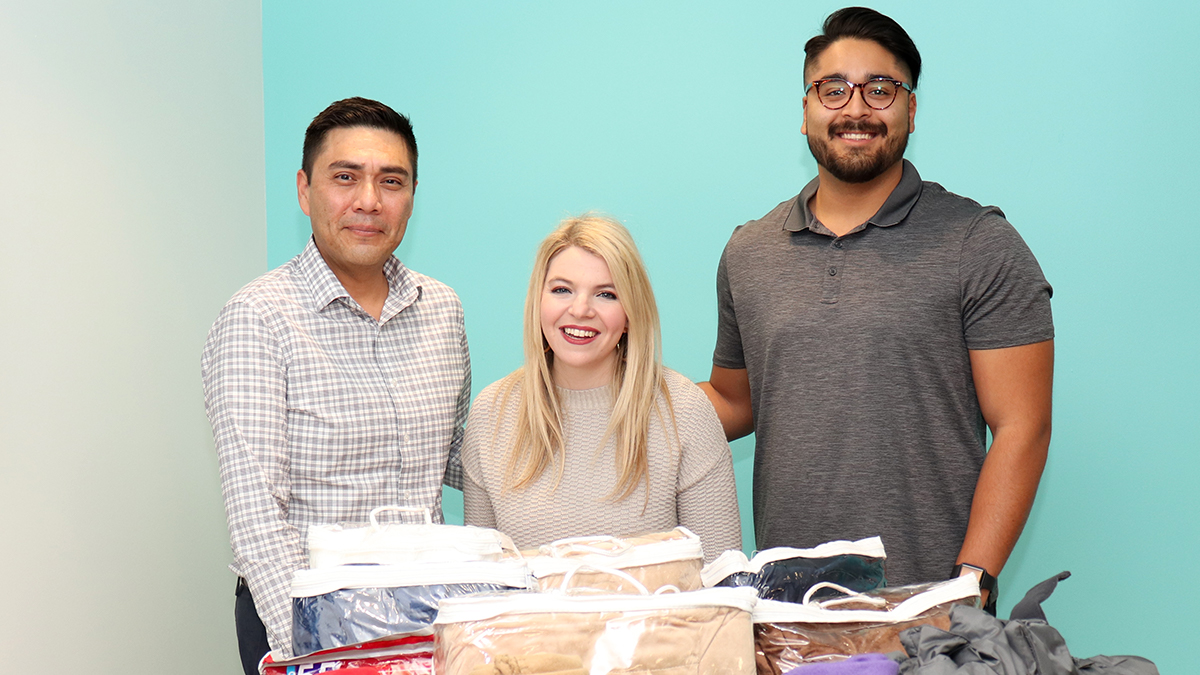 This week we had the pleasure of hosting Sam Leyvas, Executive Director of HomeAid Phoenix, to our office to learn more about the organization and their goals as one of HomeAid’s newest chapters. Sam worked in philanthropy for the last several years, specifically venture philanthropy in Washington, D.C., but started to feel distanced from the actual missions. This prompted a move back home to Phoenix and a search for a job with a deeper connection. Sam was soon presented with the opportunity to be the Executive Director of HomeAid Phoenix, which officially opened in September.

On a national level, HomeAid has been around for 30 years since its founding by a California affiliate of the National Association of Home Builders. Their work focuses on engaging home-building partners in local communities to complete building projects that benefit those affected by homelessness. To date, HomeAid has completed over 600 building projects, aiding over 330,000 individuals experiencing homelessness.

We were impressed to hear that HomeAid Phoenix has representatives from 14 different home-building companies on their board, illustrating a desire to do some collective good despite being industry competitors. Sam spoke often about HomeAid’s eagerness to tackle the issue of homelessness in Phoenix, affecting thousands of people every day. Sam pointed out that many people become homeless due to situations we may not always consider such as fleeing domestic violence, becoming a widow/widower, or senior citizens with limited resources.

We are so grateful to Sam for his time and for sharing such valuable information with us about HomeAid and the crisis they are working hard to combat. HomeAid Phoenix has already begun their work by organizing an essentials drive for items like socks and blankets and are collecting donations from the community.