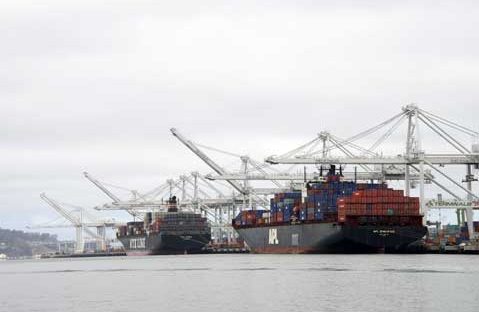 The U.S. Labor Department reports that prices of imported goods rose in March by 0.2%, after economists had predicted an increase of 1.0% from February. Despite a lower-than-expected result, this is the first time since June 2015 that import prices posted a monthly gain. It follows a downwardly revised drop of 0.4% in February 2016.

Import prices increased in large part as a result of rising petroleum costs, though import costs have been down by 6.2% since March 2015, the smallest gain since December 2014. Consistently weak import prices, while helping to hold inflation below the Federal Reserve’s target of 2%, also point to continuing strain from anemic global growth. Meanwhile, prices on imported petroleum remain 39.5% lower than this time last year, while prices on exported oil were flat last month after declining 0.5% in February.

A gradual oil price rebound is also slowly increasing inflation pressure in the United States, which has been kept in check recently by low petroleum costs and the resulting decreases in import prices. While exported oil prices remain low, they appear to be steadying. In March, costs of imported oil increased by 6.5%, the first increase since June 2015, after falling 6.2% in February.

If the cost of imports continues to increase, industry companies may need to plan for future price adjustments on products from overseas. “Most importers, wholesalers and distributors can absorb a 1% increase in the cost of goods, but beyond that, it creates pressure to begin raising prices,” said Marc Joseph, CEO and president of DollarDays (asi/50287) in Scottsdale, Ariz. “Because these increases affect all importers, companies across the board will be forced to raise prices, so any short-term gain a buyer may have with one company lagging on a price increase will be short-lived. We should all start to budget for prices to go up over the next 18 months.”

U.S. import prices also increased because of a strong dollar, which gained approximately 20% against the U.S.’s primary trading partners from June 2014 through December 2015.

“We haven’t seen any drastic price increases from our overseas vendors simply because we asked them not to increase any prices during the year,” said Randy Chen, president of Impex International Inc., a New Jersey-based firm that provides direct import services and U.S.-based warehousing of imports for more than 100 industry suppliers. Chen cited both rising oil prices and the current exchange rate as reasons for the increase in import costs. “However, we’re always evaluating other suppliers that can provide same or better pricing just to put some pressure on our existing ones.”

Through its recent acquisition of Jetline (asi/63344), top-40 supplier Prime Line (asi/79530) has been able to shield clients from many price increases due to rising import costs. “We’ve able to mitigate it and even lower prices to distributors, because we have combined the buying power we now have with Jetline and buy even better,” said Jeff Lederer, CEO of Prime Line. “So while there might be an increase, distributors benefit by buying from our combined lines.”